In this game, you need to capture all the porgs using BB-8’s extendable claw, while helping Chewbacca repair the Millennium Falcon.

The porgs made their first appearance in this latest installment of the Star Wars movie franchise. The small, bird-like creatures have an inquisitive nature that often leads them into trouble with Chewie.

Porg Invasion, like all Instant Games on Messenger, was of course built with HTML5. This technology allows cross-platform gaming, so players can access the games on their phone, tablet, PC, and other devices with a web browser.

It’s not surprising then that HTML5 is fast becoming the framework of choice for movie studios to create promotional games. Other movies, like Wonder Woman and Lego Batman, have also leveraged the Instant Games platform for promotion. 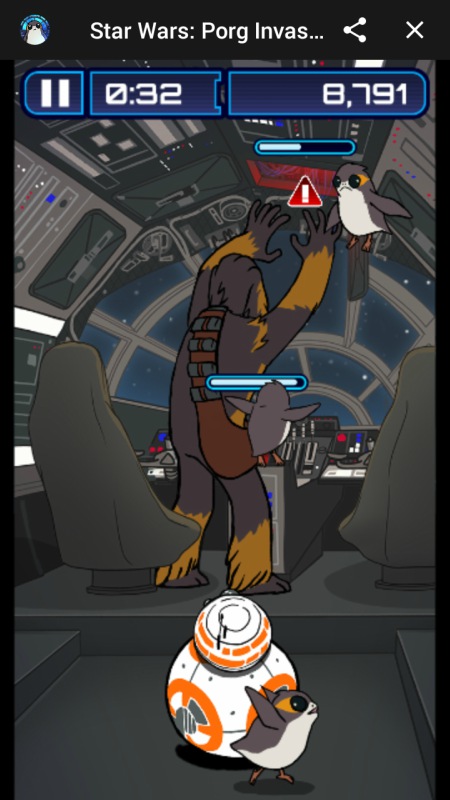