Google paid tribute to the 44th anniversary of the Birth of Hip Hop with a cool interactive Doodle that celebrates “breaks”.

The year was 1973 when DJ Kool Herc decided to do something different by prolonging and looping the rhythmic sections of songs using two turntables. These instrumental sections became known as “breaks” (from rhythmic breakdown sections). And yes, it’s also the origin of the word breakdance.

The mechanics of the Doodle are quite easy. You have two virtual turntables, and you can load music samples onto them from a virtual record crate. 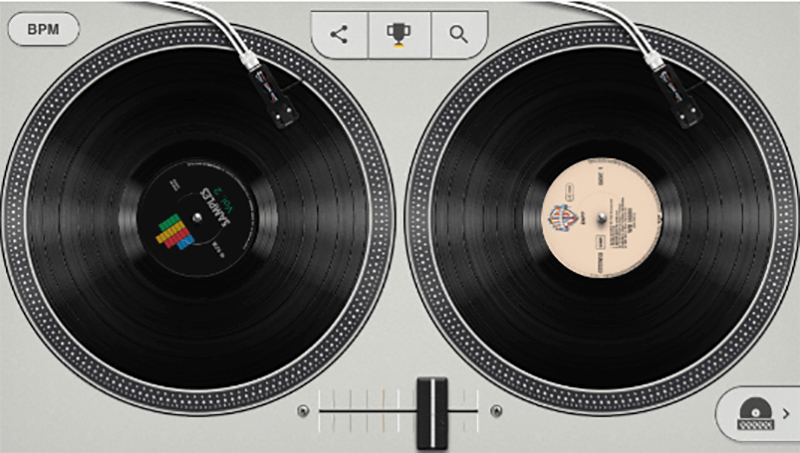 You manipulate the cross-fader by it sliding left or right. You can also slow down or speed up the beats of either tracks separately, or just auto-sync their beats.

There are goals you can achieve, such as changing the record or playing a certain number of records from the crate.

Be a Hip Hop DJ and check out the Google Doodle here!