We all thought that the cassette tape has been buried in oblivion, but thanks to Millennials (surprise!) it’s making a comeback. And here’s a neat little demo that looks just like a cassette tape (it even has a label for side A), but with a twist. It’s called Cassette Tape (of course) and it has four buttons you can use — Play/Pause, Record, Forward, and Rewind. Press the Play/Pause button, and a hip-hop loop starts/stops. Forward and Rewind buttons will scroll through a selection of loops (there are only two at the moment, one is called Pop and the other Dirty South). 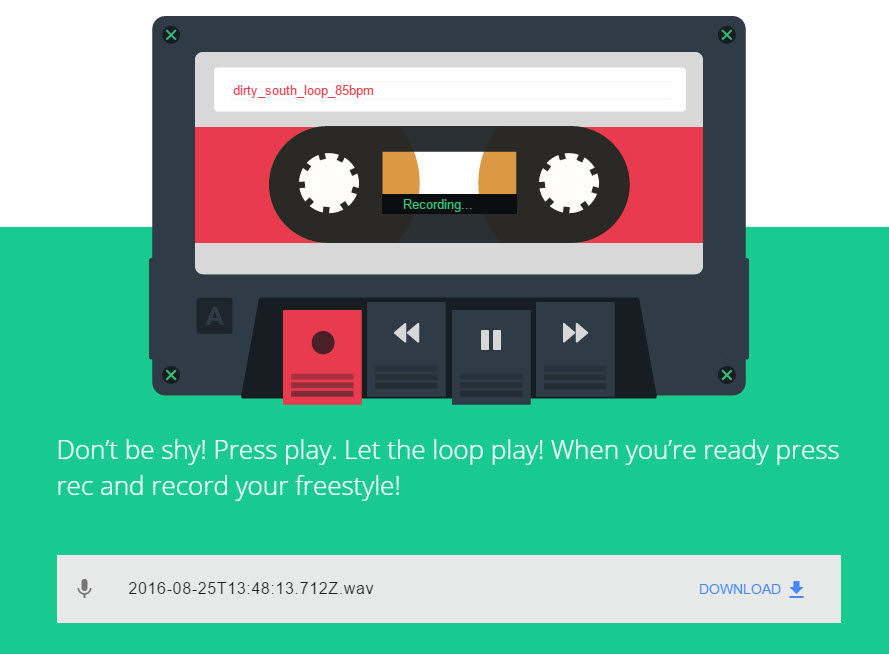 You can just enjoy the beat, but that’s not what this is all about. “Don’t be shy,” go on and record your freestyle! Rap to your heart’s desire, and after that, a wav file is generated, which you can then download. The dev says it’s a Chrome Experiment, and as such will only work in that browser. Go ahead and try it out… Freestyle!