Such a Great Speech: Applaud Xi Jinping is a browser game for those who want to clap their hands out over a 3.5-hour speech.  The game starts with a snippet of the Chinese President’s speech.

Then, you have 19 seconds to tap the clap button for as many times as you can. The faster you tap, the higher your “clap rate” will be. 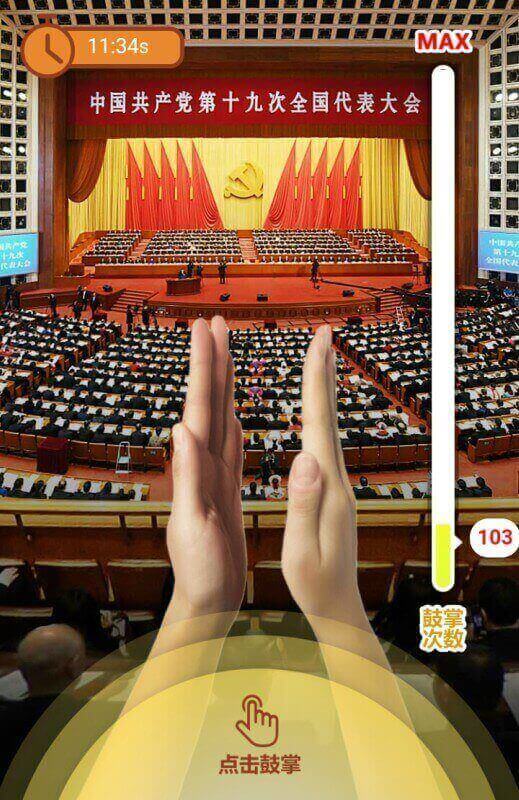 The game was released last October 18, which was the start of the China’s 19th Communist Party Congress Week. Since then, it has been played for more than a billion times.

With a simple but immersive gameplay, Applaud Xi Jinping is an effective HTML5 newsgame for providing context on China’s current events and political system. Play the game here.