Access Mars is a WebVR Experiment featuring the real surface of the planet Mars. NASA, Google and Jet Propulsion Lab worked together on carrying out this virtual reality project, which is now available for users to experience in their internet browsers.

This experiment was made possible thanks to NASA’s Mars Science Laboratory mission and it’s main star the Curiosity rover. This car-sized rover was designed and trained for exploring the surface of Mars. During a five years long process the Curiosity rover successfully provided over 200,000 photos of different locations on Mars. Some of these original photos were used in the making of this project.

Four most significant mission locations are available for exploration as well as the rover’s last and most recent positions. Whilst traveling through the planet users are provided with guidance from Katie, Jet Propulsion Lab’s expert. 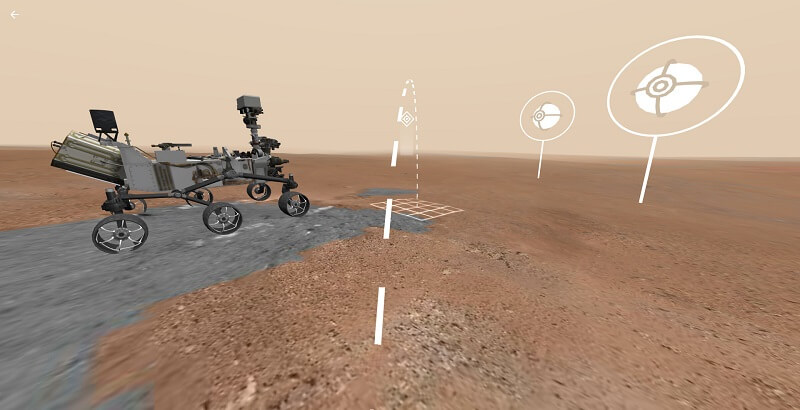 One of the main technologies used to build this web application is A-Frame, a web framework that brings the immersive virtual reality experience to the Access Mars exploring trip. This framework is implemented within Three.js, a JavaScript API which sets the development foundation for this project.

glTF, a 3D scenes file format and the Draco mesh compression are also some of the things implemented in the development of Access Mars. Users can experience this WebVR Experiment on different VR interaction models such as Oculus, Vive, Desktop 360, Mobile 360, Cardboard and Daydream.