Following up on the success of DOM-based HTML5 (technically HTML4) hit World of Solitaire (which tallies over a million monthly uniques as the first result when you type “Solitaire” into Google), one-man developer Telparia has released a set of multi-player card games at WorldOfCardGames.com, which features easy-to-play Hearts, Go Fish and Spades.

I asked developer Robert Shultz about the tech behind the game:

“The front end is all DOM based and uses JavaScript (YUI3) for the animation. There is an option in the Settings menu to enable “Hardware Acceleration” which changes all the animation to use CSS transforms instead of JavaScript. It’s not enabled by default because I have found that on many computers hardware powered CSS transforms perform worse than JavaScript based animation.

The back end is node.js and redis. It uses websockets (sockjs) to communicate between the browser and server.”

Head over to WorldOfCardGames.com to give it a play 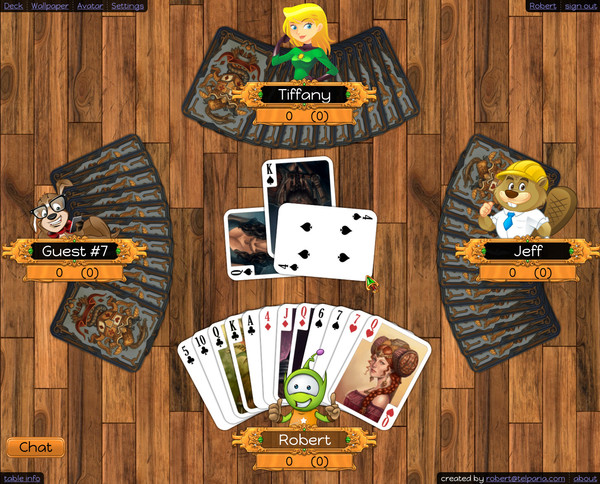 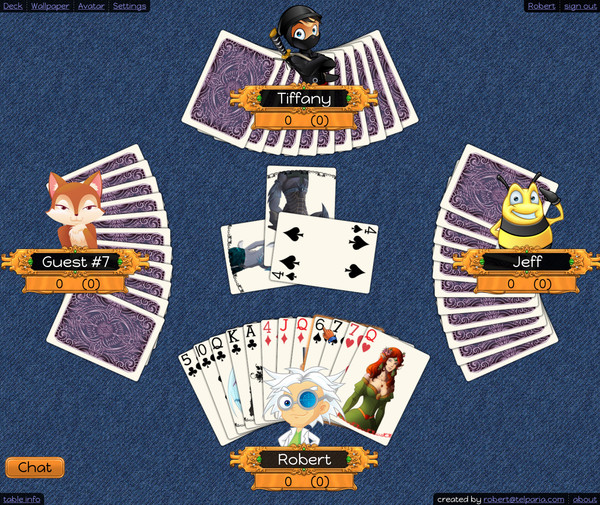