WebGL inspector is a tool let’s you dig down into your WebGL calls and see exactly what’s going on.

From the website: “WebGL Inspector is a tool inspired by gDEBugger and PIX with the goal of making the development of advanced WebGL applications easier. What Firebug and Developer Tools are to HTML/JS, WebGL Inspector is to WebGL.” 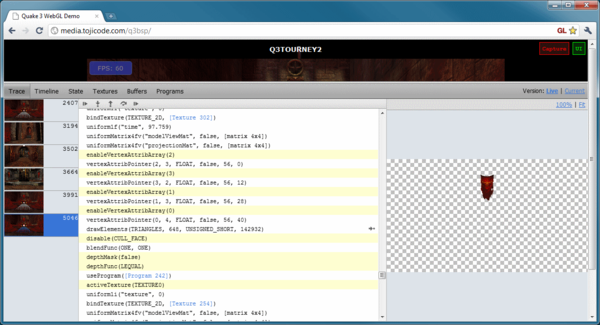