LearningThreeJS.com has a great tutorial series on building a 3D Game using Three.js, so far there have been 4 installments, culminating in a neat game called Marblesoccer. 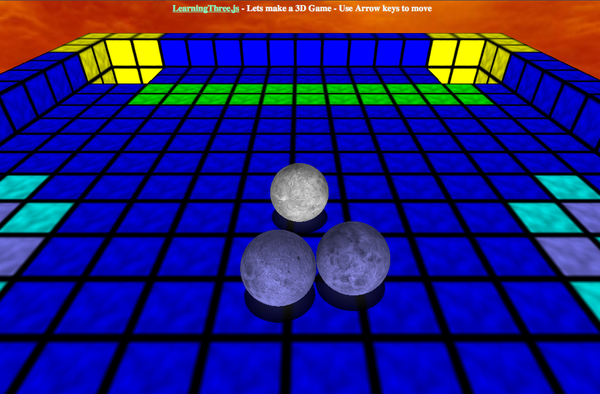