There’s something to be said about polishing your game a bit before making it accessible to millions of people online. I’m a fan of indie developers who try out new engines to build their first projects, but Stupid Chess justifies its name. It’s more of a showcase than a game, as it’s little more than a render of a chess board in Unity engine, with 3D models of figurines in questionable quality. The game’s AI is rudimentary, knowing only enough to avoid the most direct traps, and the interface needs more polish as well, selecting a figure you want to move can be a bit frustrating since you have to click on the field under the figure to select it, not the figure itself. The fact that the entire back row of the figures breaks through the ground plane clipping through. It’s a bare-bone start of a Unity game, but needs a lot more work to start looking attractive. 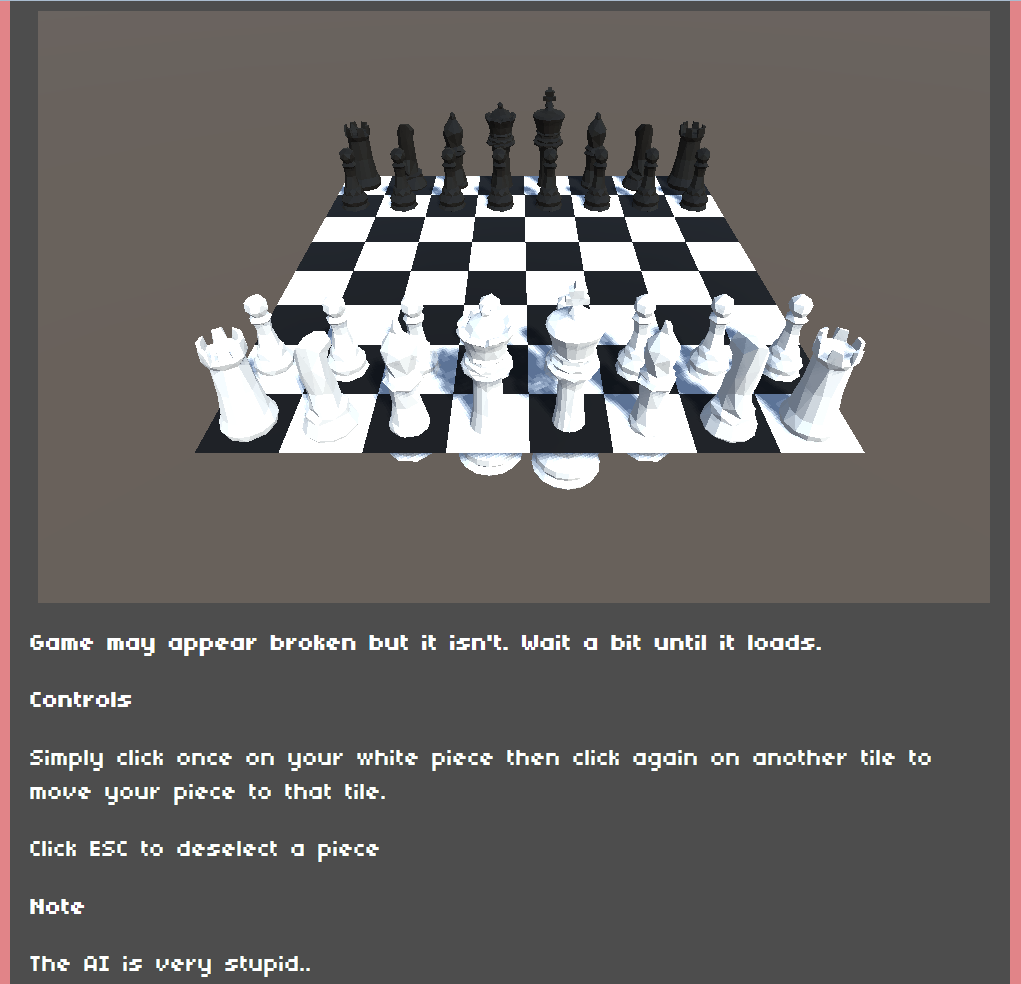