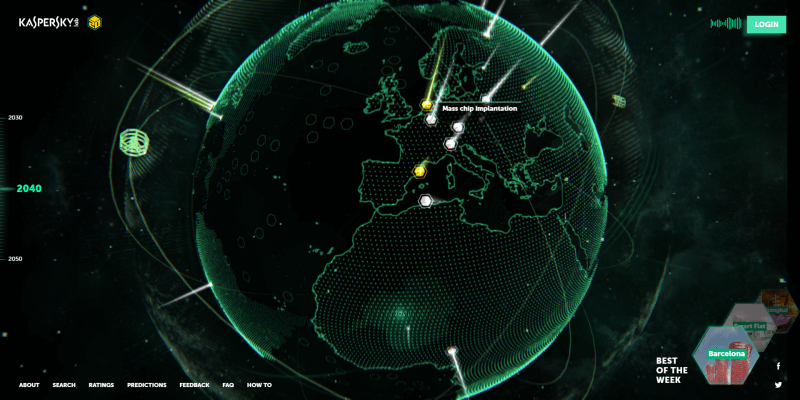 Kasperksy Lab, the global cybersecurity corporation, recently launched the Earth 2050 website. It features detailed predictions by experts and futurologists for 2030, 2040, and 2050.

The site, which uses WebGL technology, is a stunning 3D globe and map dotted with clickable hexagons that mark specific cities.

Click on the hexagons and you’ll discover predictions about the Earth’s future. Examples include how Siberia will be affected by climate change, “programmable” clothing, robot maids, and humans needing only 5.5 hours of sleep in the future.

The most visually impressive thing about the site are the 360° panoramas created by artists for specific predictions. Below are screenshots of some of them. 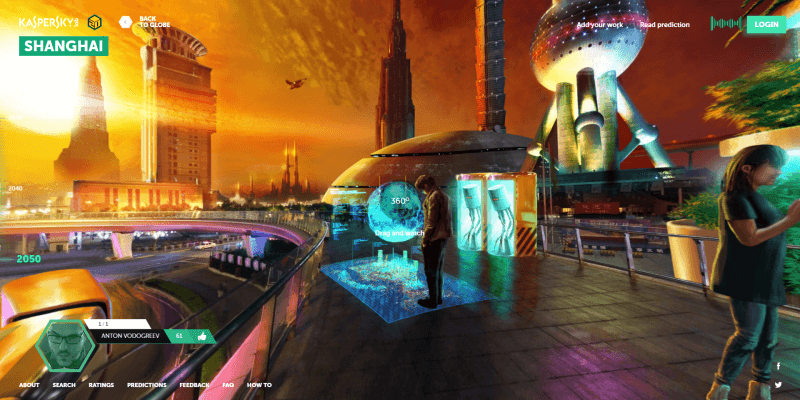 Cities such as Shanghai will be covered with multifunctional skyscrapers. Everything you need can be found in them, and you won’t have to leave your building for years. 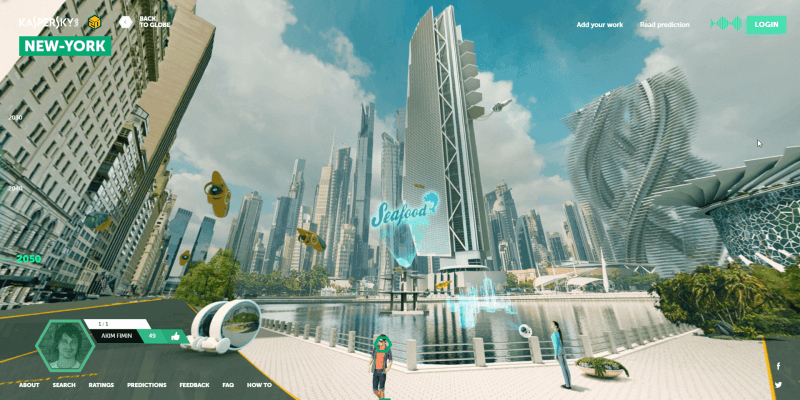 Space ports, androids and genetically designed creatures, and telepathic communication will be common things found in cities like New York. 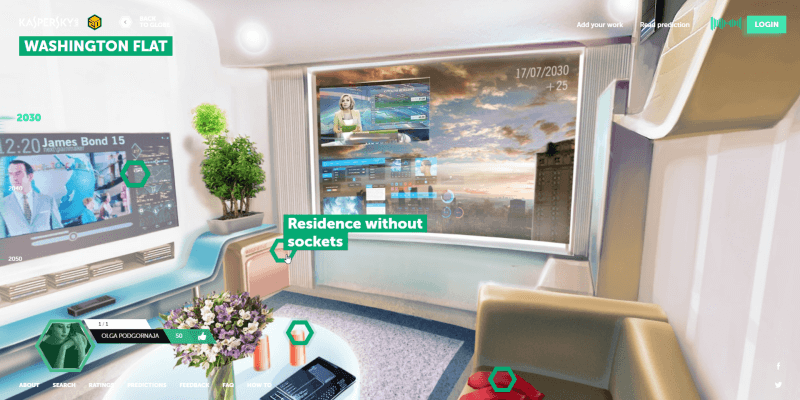 Homes will have remote electrical energy transmission, making them a safer place, especially for children. 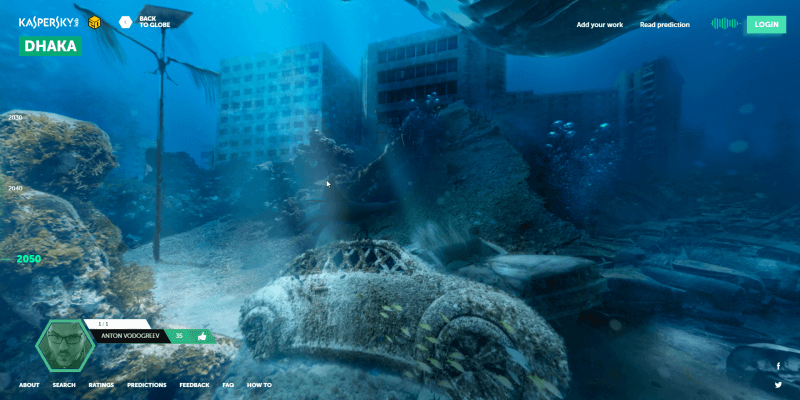 Global warming will cause sea levels to rise, flooding places like Dhaka, Bangladesh.