Nomo Racer is an experimental 3D WebGL multiplayer racer which budapest based programmer and author György Pesti describes as:

The aim in creating this game was to see what the WebGL and WebSocket technologies are capable of, and find out whether these tools could provide real-life solutions. This is more of an experiment than anything else. Think of it as an experimental demo game.

While he is convinced WebSockets are a viable technology for multiplayer games in the future, he also writes that he’s had some problems with them:

Websocket communication is not yet fluent though. I’m not sure if it’s the websocket server or the browser implementation, but it doesn’t work a 100% as it should, and I had to deal with issues like lost websocket packets, and handle errors like it on the client side. At this moment I don’t have the time or the resources to take this project any further.

The game looks nice and while the car physics aren’t 100% compared to other racers, it’s an extremely impressive tech demo showing the promise of WebGL as a gaming platform. 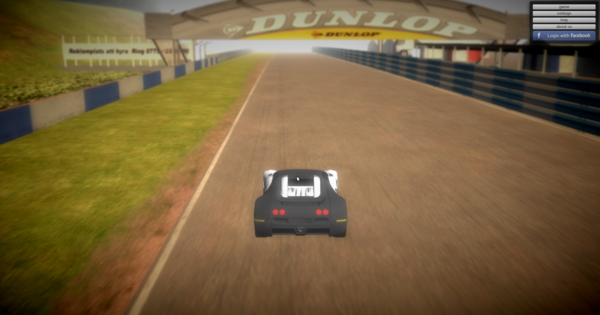